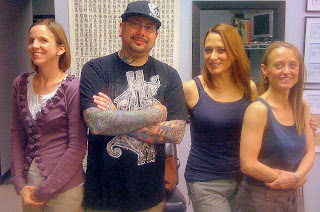 Casey, Big Sis and I are apparently creating a tradition. Last time the three of us were together, we paid to have holes drilled in our noses. This time, our tragi were pierced. (If there's one, it's a tragus. Three: tragi. One of us: ridiculous. Three: ridiculi.) 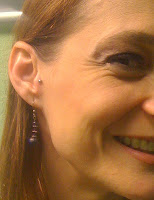 Not long ago, Big Sis mentioned that she was jonesing for her next piercing. I'd been eyeing one too, as had Casey. Happenstance found the three of us in the same city at the same time just weeks later. After only one strong cocktail , we were back at Irezumi having metal pushed through flesh and cartilage.

I don't know what two more years will bring. The other two think they might come to watch me get a tattoo. I'm pretty sure there will be shared merriment and communal body modification.

Posted by Some kind of Jennifer at 9:05 PM 2 comments:

Last January, I realized that the internship required in order to sit for the R.D. exam was a seriously hot commodity -- only about half of applicants make the cut. This fact has been a great stressor in my life for the last fifteen months. I have silently panicked about it. I have lost sleep over it. I have had full-on eating binges because of it.

This is not the end of my journey, however.


I can work as a waitress at Plaza III. I can go to grad school at KU Med. I can get my personal trainer certification and become a Wellness Goddess (Mark's words, but I'm keeping them). I can reapply for an internship in a year. I can explore the numerous other options that I have yet to discover. 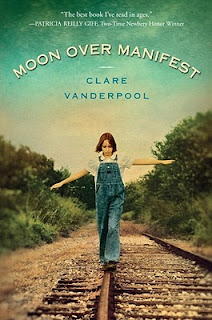 On a seemingly different subject, tonight Mark and I went to a book signing. One of his high school classmates called last night to inform him she'd be in town promoting her children's book. She penned a manuscript, got it published, and not long after, received a phone call that it had won the Newbery Award. This is a really freaking big deal. Think Bridge to Terabithia, Roll of Thunder, Hear My Cry, and Summer of the Swans. This was her first published book. She worked hard at it -- for six years while she reared four children. She has actively been writing for seventeen years, attempted to get a previous manuscript published, and was told no.

So she wrote another.

That's a little something I like to call Plan B.


I'm working on my own Plan B right now. My journey thus far has not been a cake walk, but I wouldn't turn back for anything. I have made some remarkable changes in the last two years, and in a mere 33 days, I will cross a stage as a graduate with a bachelor's of science degree. And while I didn't get the internship on a long shot, that misstep opens up a whole new world of unfathomably fabulous Plan Bs.
And really, would you have expected anything less than a detour or two for this gal?

I've been craving a hamburger for more than a month now. I don't think I have ever craved a hamburger, let alone allow the desire follow me around for weeks, yet that is exactly what happened.

Oddly enough, I felt compelled to share this craving with The [vegetarian] Valedictorian. I can't recall why I told her I wanted a hamburger, but during the conversation (in which I used strong language to convey my distaste for the styrofoam discs labeled as gluten-free burger buns) she suggested that a baked potato replace the traditional bun.

Pure genius. (She's The Valedictorian for many a reason.)

Getting a hamburger craving with a brilliant g.f. bun solution from desire to dinner proved somewhat challenging, however.

Time, equipment and motivation have been in short supply in recent weeks, so when Mark asked what I wanted to do this weekend (our kid-free weekend), I replied, "I want a hamburger." I can only assume that he thought I'd lost my mind, yet didn't want to question or quell my carnivorous cravings so he happily agreed. I wrangled supplies and he dusted the winter off the grill and we made burgers. 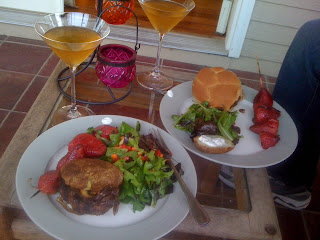 Fantastic! My appreciation for the white potato has increased in the last year or so. Versatile and inexpensive, high in fiber and vitamin C (no scurvy for me, thanks!), it gives Idahoans a reason to be proud. I started the potatoes in the microwave, gave them a good rubdown with oil and salt, then finished them in a hot oven. The skins turned slightly crunchy, making them great finger food. So to a sirloin burger I added caramelized onions and mushrooms and garlic-scallion sour cream.  A happy baby greens salad and grilled strawberries rounded the meal as did a delightful rum-ginger concoction. The outdoor furniture was moved from the basement to the porch and we celebrated a beautiful spring evening.
Do I need another burger? Probably not for awhile. But next time I do, at least I'll be happy with my buns.
Posted by Some kind of Jennifer at 9:07 AM 3 comments: